Julia Pyves grew up in Montreal, but she has lived in several places across Canada, including Edmonton, Vancouver and the Maritimes. She worked in the banking industry and in 1984, when she was in her early 40s, Pyves decided to move back to the city. She took up residence in Verdun and has been there ever since.

After her return to Montreal and through her love of music, she met her husband, Thomas Green. Born in Ohio, Green was a University of California “Berkeley guy” who was a “math genius” but he was also a musician — the founder of the Préville Big Band. Professionally, Green goes by the moniker Tommy, in tribute to Tommy Dorsey. The 17-piece band plays at venues such as the Fairmont Queen Elizabeth and Hôtel Place des Arts and at such private functions as weddings and anniversaries.

Pyves, herself an accomplished musician, played trombone with the band, but after a couple of tragedies in her private life — her sister died unexpectedly when only in her 60s and her daughter passed away six years ago from breast cancer — she withdrew from the world of music for a while. She no longer plays in the band, but she acts as its marketing manager, supporting Green in his musical endeavours.

Pyves and Green have lived in a couple of places around Verdun and in June 2008, moved to their present abode on Nuns’ Island. They rent a two-storey townhouse with three bedrooms (one serves as Green’s home office), an open, L-shaped living/dining room, a large, separate kitchen and a patio. There’s also a semi-finished basement (with a laundry room and lots of storage space for musical equipment) and an inside garage. Their rent ($2,000 per month) includes guest parking, landscaping and snow removal.

Q: You mentioned you were living in a different area of Verdun? What drew you to Nuns’ Island?

A: We’d bought a condo, which we liked very much, but our neighbourhood was becoming more and more violent and dangerous. There were fights between different gangs and people were being shot in restaurants! That’s when we decided to move somewhere safer and quieter, so we sold the condo and moved here.

Q: How did you find this townhouse?

A: Through somebody we knew. It was a sublet. This is the second place we’ve lived on the island. We’ve been on Nuns’ Island now for close to 20 years.

Gazette: Tell me about your furnishings. I see you have lots of photos and memorabilia.

A: They remind me of the past. For many years, Tommy and I performed at various Club Med resorts in glamorous locations, and also to remember the loved ones I’ve lost.

(She points to a picture of her sister and her daughter and other family members. As she shows me the photos, Pyves explains that she and Green have adult children from previous relationships.)

My son is married to a Mexican girl. Tommy’s son also lives in Mexico, so we have Mexican grandchildren! Isn’t that a coincidence?

Q: Is there a story behind the display cabinet next to your dining table?

A: That was the last thing my daughter bought before she died. I’ve filled it with things associated with her — angels, ornamental dishes, a music box I once bought for her, butterflies. She was very fond of butterflies.

Q: Is that why you’ve got butterfly ornaments mounted on the wall?

Q: Where did your dining table come from?

A: I inherited that from my grandmother. It’s well over 100 years old.

Q: Is the lamp with the metal and glass base that’s on your side table also an antique?

A: No. Not at all. That came from one of my employers. The president of an investment company I worked for in Westmount was throwing it out so I asked if I could take it.

Q: And the painting of the woman walking down a narrow lane, who is carrying a red umbrella?

A: I won that at a silent auction. I was under the impression it was an original but it’s a print. I probably paid too much for it, but I like it anyway.

(We wander across to the seating area, which has a wall of shelving with yet more ornaments and photos and a black leather sectional sofa given to Pyves by a friend who was moving house. A slice of a tree trunk, cut horizontally, serves as a coffee table.)

Q: What a unique table!

A: It’s made from an elm tree that was chopped down in 1971. It was my father’s and the inscription is written underneath. After he died, several members of my family had their eyes on the table, because it’s so unusual, but somehow I was the one that ended up with it! I treat it very carefully. I don’t let anybody put their drinks on top of the wood, in case it damages the surface.

Shelter is a weekly series featuring a conversation with tenants or condo owners.

Shelter is a weekly series featuring a conversation with tenants or condo owners.

Size: Two-storey townhouse (plus a basement) 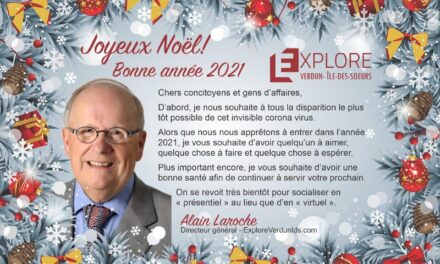 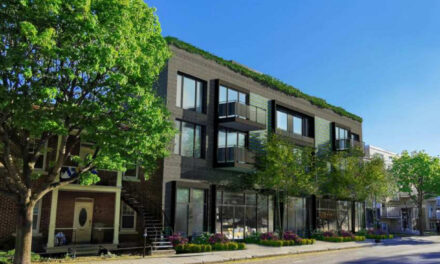 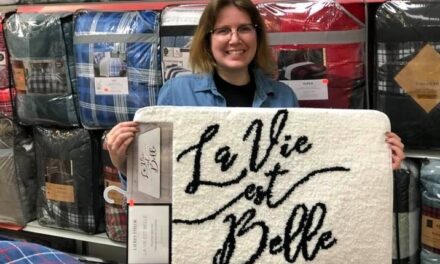 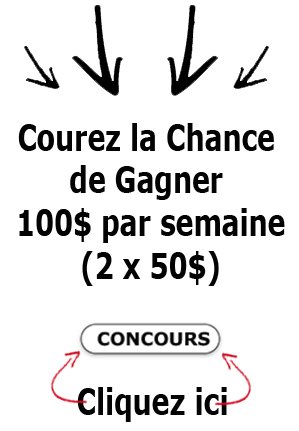